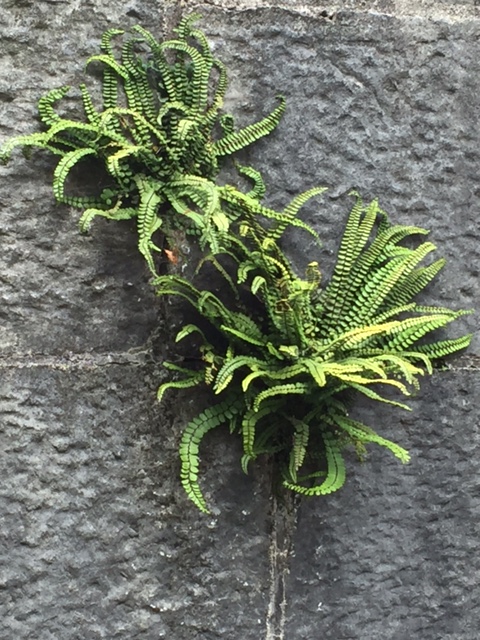 Life and Abortion: The Two Shall Be One

Election time brings this topic back with a vengeance. Used for political gain. While never addressing the reality.

For a number of years I sounded just like the self righteous who stand in condemnation on the abortion issue. Yes, I did, I sounded like you. Helping form Right to Life groups and, fingerling organizations, I spent hours on my soap box. Haranguing in my self-righteous way about abortion. Unfortunately, I even promulgated the pictures, yes, those- the ones with the baby parts. And then, I found myself pregnant again with a number of small children and almost dying, along with my last baby, due to abuse-no insurance. “I don’t know if you will be able to carry to term.” my doctor said. I did not know what that meant until he said, “I am hearing no heart beat.” It was a defining moment. I asked God to spare both of us. I believe God, working through the doctors and other medical professionals, we lived. That child today is the parent of a large family, a strong faith and beautiful marriage. However, I realized at that moment things are not so black and white, especially, when you have virtually no support from anyone other than your doctor. I stopped judging, went to confession and a beautiful caring priest said to me, “Through this, God gave you a gift. The gift of understanding, compassion and empathy. We never know for sure,” he said, until we are faced with a situation. You had the strength, not everyone is so fortunate.”

I completely knew it was my faith, my family, my doctor and priest who gave me that foundation of strength. It was then I made a commitment to God, I would stop judging and love women, men, couples, through such difficult moments and decisions. Since, I made that decision in my professional and personal life, moments of grace in my life are numerous.  Through that decision I am, and will be, present to anyone who has come to me seeking counsel, support or a loving ear.

Then something happened that drove the point home.  A young woman, impregnated by her father, was forced to have an abortion by him.  Because of her Catholic faith, she was completely destroyed spiritually and emotionally blaming herself. The abuse began when she was a child. The abuse continued to the day she sat in front of me.  A woman, who had received help from me, brought her to my office. We talked about the fact none of this was her fault. She was a child. It was the first time she shared with anyone. I talked of God’s love. Encouraged return to the sacraments and gave her opportunities to transform the pain. That weekend she went to Mass. The priest’s homily was similar to some of those haranguing sermons given in some churches. She left Mass. Committed suicide. She was not the last that came through my door with similar experiences.

I know what it is like to give birth to several children and to be present to others giving birth.  A rare and magnificent miracle. Although, I have heard from far too many women and men who have shared the reality, I can’t even imagine, what a woman goes through before, during and after an abortion. It makes me ill to think of it. I DO know, by my Baptism, I have a responsibility to love them wherever they are, and to walk with them. It is not my responsibility to judge them.  No women would chose abortion if the alternative we not so daunting. When there is no hope the impact is immediate.

I can only say to those who remain on that soap box, please think about what you say and how you say it. If as much time was spent on helping, reaching out, teaching about healthy human sexuality in way that the human body is celebrated in its extraordinary creation, teaching utmost respect and dignity involving every human being-it would eliminate abortion. When the opposite is done it is often done under the guise of a religion, even some in my own beloved faith tradition the behavior and words are unrecognizable from what Jesus taught. Stunning on so many levels. Sad on many other. And what about the woman who is told her baby is deceased within her body and she is expected to carry it to term with medical complications? A medical crisis.

Some religious congregation display crosses or headstones to represent the unborn. I have never understood what that is supposed to do. What is the purpose except to cause more pain? I ask has there ever been consideration of taking the money, the time to make and place them, to reach out to young and sometimes older women, who are in total despair and racked with fear over a pregnancy. Please go to a place that cares, I mean, really cares, for an unwed mother, a trafficked teenager, a hospital providing care for a new born with mothers who have nowhere to go. The young woman I referenced above committed suicide by one of those religious fraternal organizations that place head stones for unborn babies. Again, had that money been spent on reaching out to her family and the incest that was occurring, helping them seek treatment, addressing the father’s alcoholism (perhaps paying for his treatment) and using that money to provide shelter, food, clothing, a hand, a heart, the possible outcome could be much different. In many cases there would be no abortion if we were caring and not judging one another. If you have or create the crosses of which I write, please use those types of crosses for unmarked graves in the cemetery and take that money for making more by reaching out to those who are in despair and LOVE them. Remember that is what Jesus taught? And, continues to teach through us. Love the unborn yet as important is to love all children already born and to make sure they are fed, clothed, loved, educated. Support a pregnant woman by greeting her with gentle care-you have no idea what she is going through. And bring someone like Saint Joseph to the men. He wasn’t even married and he cared for a child who was not his biological one. And to the clergy please preach, teach and live the smell of your sheep like Pope Francis encourages. For if you do you, you will never give another haranguing sermon all the days of your life. I know you can do it. All you have to do is be with the people and their pain, like Jesus.

Please, also, for the love of God, listen to Pope Francis speak about mercy. We cause more souls to run from our churches than embrace what is suppose to be a place of peace, grace and love, when such God awful judgments come from the pulpit. Then you add to it the diatribe about political candidates. If we really cared, we would definitely not use it as a political football.  Often the same political leaders trying to be elected using abortion rhetoric are the same who vote against health care, housing, education, Zika legislation, voting against anything that would address the issue. Moral equivalency?

Thank God for the priest I received caring direction and the many caring priests and ministers I have sent multiple women (and men, because they too are responsible for the life) to reconcile with God’s loving grace. There are many lives walking this planet because they came to my office before meeting an abortion appointment.  They were walked with and supported throughout their pregnancy by me and a cadre of resources I found for them. And as many, who came broken and in despair because they experienced an abortion. I had one person who experienced seven. She came from a well established, affluent Catholic family and had been raped at 12 by a neighbor boy, she did not know that she was pregnant, again, a child herself. Her mother took her to their family doctor and it was there they found out she was pregnant-she had not told her mother, out of fear and intimidation, the boy raped her. The doctor aborted the child. It set up an entire life to continue UNTIL she came through the door of my office. I walked with her, loved her to life. She is helping others today. Had I stayed in the God awful judgmental way I was, that gift, and many others would not have occurred.

Or my 82 year old devote Catholic friend who was told by their doctor he had to make a decision between the life of his child and his unconscious wife. He looked at his two other children and it was an immediate decision. His two living children needed their mother. He told me; unless you are in that position you have no idea what you would do. Fortunately for that family, both lived. However, as he told me it changed him and how he thought about abortion and people faced with these decisions.

There are many myths perpetrated around this subject. Many judgments. Thankfully, the incident of abortion has steadily gone down. The thought of abortion makes me ill. As does the thought of a woman turns to a back alley, attempting to do it to herself or someone doing it to her. Or the thought of a woman being alone with her fear and despair. Or the family making the painful decision between one life over another or a medical crisis which causes that choice to be made. This is no black and white issue as I found out. Gray is where we find the grace to live in love, compassion and generosity. It is none of my business when it comes to what others do in their lives. It is my responsibility to love them. I am not called to judge. I am called to love. I want every woman in her despair, to know she is not alone.

This election has brought many disturbing words and actions. However, for me the non-negotiable words and action of one candidate making incestuous remarks about his own daughter sealed the deal. His words took me immediately back to the young woman sitting across from me. You see, her father said the same things to her, and about her. No father. No decent man utters those words. There are consequences.

Vote on November 8 and do so with all of what I said as a perspective.