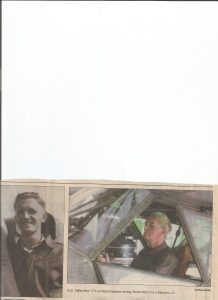 Sacred  are the letters he sent over the years. The first one I received I was a junior in high school. Attending an all girls Catholic Benedictine Academy, the death of my beloved sister caused me to make the decision to return home to be with my family. After 8 years in the grade school I returned to same public school I had left to attend the Academy. I wrote to inquire about classes. He was our superintendent. What I received in return was this letter of encouragement:

“If you will pardon a personal observation, I might add that I would be very pleased to have you enroll in our high school. I firmly believe that girls like you with high moral character and pleasant personalities add very much to the academic environment of the school.”

The letter closed with a “Sincerely,” and was signed by him, Superintendent Quentin C. Miles or Q.C.

My parents and Mr. Miles were friends, supported one another in their respective professions: Mr. Miles, education; Mom and Dad, law enforcement. They harbored a deep and abiding respect for one another. I appreciated their mutual admiration.

For me though, it was the beginning of one of the most formidable relationships of my lifetime.

He was a hero to me. He was a World War II veteran. Never wanting the spotlight, he deserved it. This Memorial Day, it is even more important to remember the heroes, who volunteered to protect our country. He volunteered. Let that sink in.

Beginning his career in a one room school house, he left his teaching career to serve our country. God only knows how many lives he saved. How much his courage helped remove a despot and his evil empire.  As an Army Air Corps pilot for over a three year period, he flew a Stinson L-5 over China. Some say 173 combat missions others, 172, I prefer the larger, since I doubt he turned one down. He was awarded two Distinguished Flying Crosses, a Bronze Star and two Air Medals. He was 24 years old. So young. So courageous. He was fortunate, he returned home to his waiting family. He returned to teaching and coaching.

We shared the same faith and politics. He was a man of justice and integrity. Of common decency. He lived it. He modeled it, whether it was addressing racism or the many issues concerning the common good.

In 2013 the same type of plane he flew Stinson L-5 was to be in Sioux Falls. South Dakota, he wanted to revisit the plane. Bryan Brost of Canistota, who worked with Commerative Airforce, a preserver old planes, and kept them running flew it to honor one of South Dakota’s own, Joe Foss.

Emulating this well worn pilot, his son and grandson have followed in his footsteps and became pilots as well.

After the war, Mr. Miles became a peace maker, as he shared later, it wasn’t immediately, because he first had to address a struggle, a disease. His addiction to alcohol was impacting his life. Through the intervention of his wife, AA and his faith, Q. C. Miles lived the rest of his life with  peace within and never forgot the gift of sobriety he was given. He told me, “I have never taken it for granted.” As my senior religion teacher, this same man talked about his story, including his faith and walk with sobriety. It was the first time I heard about how the disease of alcoholism had almost destroyed a life, had impacted a marriage and a family. I deeply respected him. I had no idea it would change my life and its trajectory. As a sixteen year old, this relationship gave me a lifelong career of helping others struggling with addiction. With alcoholism. Throughout my professional career, whenever I work with a suffering alcoholic, he was and continues to be, a guiding star. He shared this struggle without a hint of self pity, and always with humility and gratitude for AA, his faith and his wife.

Chaos surrounded him, as anyone with eleven children knows, he remained at peace and serene. He saw the worst in war and a disease, yet within he lived his best. For the rest of his life, he lived the words of Mt 5:8 “Blessed are the peacemakers, for they will be called children of God.” Coupled with the Serenity Prayer, “God, grant me the serenity to accept the things I cannot change, the courage to change the things I can, and the wisdom to know the difference.”

Our visits in later years were pure gift. His horror at the current occupant was palatable. He shared it. He knew what the election of 2016 could mean and did not hide his disgust or fear for our country.  Remember, he knew the fragility of democracy.

He told me more than once of his wish of wanting me to be his daughter in law. It never came to fruition, not because of not trying. I dated his son. Mr. Miles loved it. So did I. His oldest daughter and I became friends, more like sisters.

After reading my book, which he played a major role, he wrote a beautiful letter of gratitude. One of the quotes he shared in that letter was from John Greenleaf Whitter, “Of all sad words of tongue or pen, the saddest are these, ‘It might have been.” I smiled because I knew exactly what he was talking about.

When I called him Dad, he loved it and told me so. My biological father died when I was three years old. I was given significant men in my life, not to replace, to guide me through the perils of this world. To navigate it. It was obvious to me, my second father was one of them. I adored him. A Bishop was another. And the other, Q.C. Miles.

We knew he would die, we all do. Yet, when it happened, I was not ready. His family asked me to share my thoughts at the wake. It gave me an opportunity to speak the words I often shared with him to others who also loved him.  Yet, stuck in my heart was, and is, the gratitude of a 16 year old girl and the memory of his compassion to me. That gratitude is based in the gift given to me from an educator, a mentor, father figure at a time when understanding was needed more than I was ever to adequately express.

One of our last visits, we celebrated his over 50 years of recovery. Through the many struggles of life, the disappointments, he maintained a positive, generous faith filled with love for humanity, for peace. He guarded it. His Irish roots and wit never far from his mind or lips. Anyone who came in contact with him felt it, experienced it and knew it. Heroes come in many forms. Some people question whether they deserve it. Quentin C. Miles there is no question.

We talked about his 100 birthday. I always wanted to take him to Ireland. Time ran out. Last year, right after Memorial Day, at 97, he took his last breath. I made a vow that I would honor him. And Memorial Day is the perfect time.  Along with my father, a WWI  Veteran, my five uncles and all the precious Veterans, I honor Mr. Miles. A hero.Mr. Miles, Q. C. Miles, Dad, had an impact on a whole generation. I know the impact on a 16 year. It has lasted a lifetime. 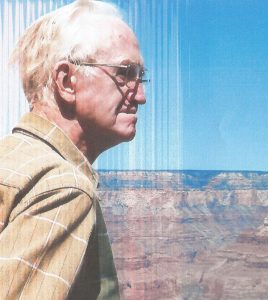